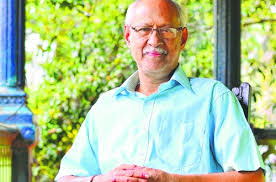 Konkani writer Mahabaleshwar Sail won the award for “Hawthan”, which captures the lives of the potter community in Goa.

He was presented the award, comprising plaque and a cash purse of Rs.15 lakh by Union minister for commerce and industry Nirmala Sitharaman at event held in New Delhi.

Mahabaleshwar Sail was born on 4 August 1943 in Shejebag, Majali, Karnataka village of Uttara Kannada district of Karnataka. He was born in a family of agriculturalists. Sail's father was in the Army.

Sail has written stories, novels and children's literature in Konkani language. He has authored novels, stories and plays in Marathi language.His first Konkani novel was Kaali Ganga (काळी गंगा) in 1996.

His work ‘Hawtham’ was published in 2009. He has received Sahitya Akadami Award in Konkani language for his short story collection ‘Taranga’ in 1993. ;

Posted by PCI Education at 01:08 No comments: 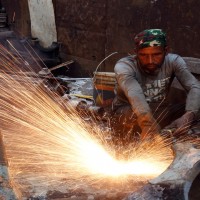 Core sector growth in July on a year-on-year (YoY) basis was just 2.4% due to a low base in sectors including steel and electricity.

The modest uptick in core sector growth in July 2017 relative to the previous month was driven by a favourable base effect for steel, cement, fertilizers and electricity. Nevertheless, half of the eight constituents recorded a YoY contraction in July 2017, namely, refinery products, crude oil, cement and fertilisers.
Posted by PCI Education at 00:49 No comments:

India, Switzerland ink two MoUs in the field of Railways 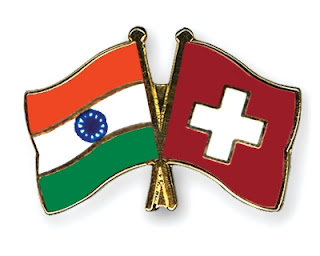 ·         The first MoU is between Ministry of Railways and Federal Department of the Environment, Transport and Communications of the Swiss Confederation for technical cooperation in Rail Sector.  This was signed in the presence of Hon’ble Prime Minister, Shri Narendra Modi and President of the Swiss Confederation, Mrs. Doris Leuthard by Shri Ashwani Lohani, Chairman Railway Board and Dr. Andreas Baum, Swiss Ambassador to India.

The MoU is a follow up on bilateral cooperation in Rail sector discussed in the meeting held between Minister of Railways Mr. Suresh Prabhakar Prabhu and Swiss Ambassador in July 2016.


·         The second MoU is between Konkan Railway Corporation Limited (KRCL) and Swiss Federal Institute of Technology (ETH) Zurich. This was signed by  Shri Sanjay Gupta, CMD/KRCL and Prof. Sarah Springman, Rector, ETH Zurich.   This will help Konkan Railway in establishing the George Fernandes Institute of Tunnel Technology (GFITT) at Goa especially for assimilation and dissemination of knowledge in the field of tunneling. GFITT aims to not only train KRCL’s own manpower for its Tunneling Projects but also wishes to generate qualified and trained personnel for the benefit of other Government organisations, private sector and even foreign organisations to bridge the huge gap in levels of knowledge and qualified manpower required to meet the key segment of infrastructure development in India.
Posted by PCI Education at 00:42 No comments:

Arora (61) had been the Information and Broadcasting Secretary, and Secretary in the Ministry of Skill Development and Entrepreneurship.

He also served as Joint Secretary in the Ministry of Civil Aviation during 1999-2002 and CMD, Indian Airlines for five years (two years as additional charge and three years as full charge).


The CEC and election commissioners have equal power and receive equal salary, allowances and other perquisites, which are similar to judge of Supreme Court. In case of difference of opinion amongst the Chief Election Commissioner and Election Commissioner, the matter is decided by the Commission by majority.
Posted by PCI Education at 00:39 No comments: 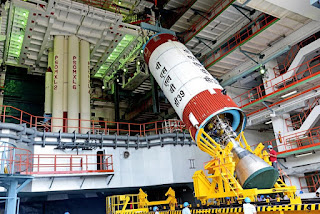