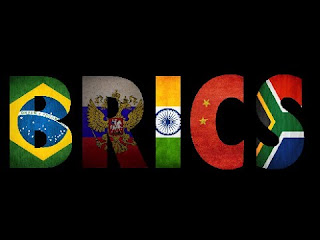 The member countries -- Brazil, Russia, India, China and South Africa -- are also members of the World Trade Organisation (WTO), playing a major part in global economic governance. Safeguarding the multilateral trade system and the rise against protectionism serves the common interests of emerging and developing economies.

BRICS is the acronym for an association of five major emerging national economies: Brazil, Russia, India, China and South Africa.

Originally the first four were grouped as "BRIC" (or "the BRICs"), before the induction of South Africa in 2010. The BRICS members are all leading developing or newly industrialized countries, but they are distinguished by their large, sometimes fast-growing economies and significant influence on regional affairs; all five are G-20 members. Since 2009, the BRICS nations have met annually at formal summits.

Posted by PCI Education at 04:09 No comments: 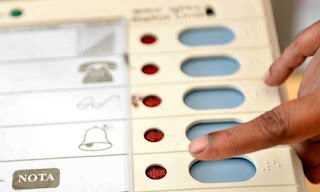 Overseas electors will have to appoint a nominee afresh for each election — one person can act as proxy for only one overseas voter.

The Government approved changes in electoral laws to permit Non-Resident Indians to cast their vote in assembly and Lok Sabha elections from overseas. If the proposal passes political muster in Parliament, NRIs will be able to exercise their voting rights through “proxy”. Currently, only service personnel are permitted to vote through proxy.

However, the facility for NRIs will not be the same as that enjoyed by service personnel. For instance, voters in the armed forces can nominate their relatives as permanent proxy to vote on their behalf. But the Union Cabinet’s approval for proxy voting by NRIs carries a caveat: they cannot nominate one proxy for all polls.

Overseas electors will have to appoint a nominee afresh for each election — one person can act as proxy for only one overseas voter. With the Cabinet’s approval, sources said, suitable rules and guidelines will be framed to make this move effective soon. Currently, voters residing abroad can only cast their votes in their respective constituencies. This regulation is seen as restrictive as only a few thousand Indians living overseas have registered as voters, the maximum being from Kerala. Of these, barely anyone has travelled to the country to exercise his or her franchise.

According to rough estimates, there are about 1 crore Indians settled abroad, of which 60 lakh could be of eligible voting age. They could hold considerable sway in election results, especially in states such as Punjab, Gujarat and Kerala, where a number of expats hail from.

Posted by PCI Education at 04:00 No comments: 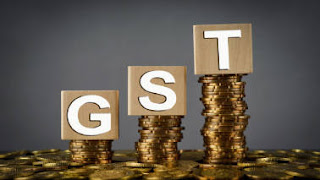 The two bills replace an order promulgated by the President.

What is CGST, SGST or IGST ?
Central GST:
Central GST is the component of GST that will be levied by the central government on all items, both goods and services. It only applies to intra-state trade. A dealer can use input tax credit of CGST against CGST or IGST.

State GST:
State GST is the component of GST that will be levied by the state government on all items, both goods and services. It only applies to intra-state trade. A dealer can use input tax credit of SGST against SGST or IGST.

Integrated GST:
Integrated GST is the component of GST that will be levied by the central government in case of inter-state trade. It is applicable on all items, both goods and services. A dealer can use input tax credit of IGST against SGST, CGST or IGST.

Posted by PCI Education at 03:50 No comments: 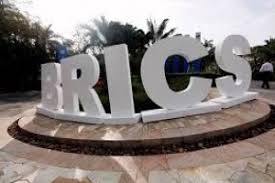 MoU between India and BRICS countries to set up a BRICS-Agriculture Research Platform. The centre will promote sustainable agricultural development and poverty alleviation through strategic cooperation in agriculture to provide food security in the BRICS member countries.

It further intensify cooperation among BRICS countries in agricultural research policy, science and technology, innovation and capacity building, including technologies for smallholder farming in the BRICS countries, an MoU on establishment of the Agricultural Research Platform was signed by the Foreign Ministers of BRICS countries in the 8th BRICS Summit held on October 16, 2016 in Goa.

BRICS-ARP will be the natural global platform for science-led agriculture-based sustainable development for addressing the issues of world hunger, under-nutrition, poverty and inequality and enhancing agricultural trade, bio-security and climate resilient agriculture

The establishment of BRICS-ARP was proposed by Prime Minister Narendra Modi during the 7th BRICS Summit held in July 2015 at Ufa, Russia.

BRICS is the acronym for an association of five major emerging national economies: Brazil, Russia, India, China and South Africa. Originally the first four were grouped as "BRIC" (or "the BRICs"), before the induction of South Africa in 2010. The BRICS members are all leading developing or newly industrialized countries, but they are distinguished by their large, sometimes fast-growing economies and significant influence on regional affairs; all five are G-20 members. Since 2009, the BRICS nations have met annually at formal summits. The BRIC grouping's first formal summit, also held in Yekaterinburg, commenced on 16 June 2009

Posted by PCI Education at 03:39 No comments:

Email ThisBlogThis!Share to TwitterShare to FacebookShare to Pinterest
Union Cabinet has approved MoU between India and Spain on India-Spain Cooperation in renewable energy… 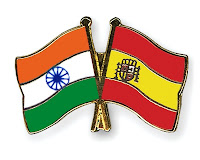 Apart from RE and cyber security, three other MoUs were signed on cooperation in organ transplantation, technical cooperation in civil aviation, and between the Foreign Service Institute of India and the Diplomatic Academy of Spain.

Two agreements were also signed on transfer of sentenced persons and waiving of visas for diplomatic passport holders.

Posted by PCI Education at 03:20 No comments:


RBI cuts rate, but doesn’t ease stance: what does it really mean ….

The Monetary Policy Committee (MPC) of the Reserve Bank of India (RBI) today cut repo rate, or its key lending rate, by 25 basis points to 6 per cent - the lowest since November 2010.

Falling inflation allowed the central bank to focus on boosting the economy which grew at the slowest pace in over two years in the January-March quarter. Banks could lower lending rates further, making loans cheaper.

The decision of the MPC was consistent with a neutral stance of monetary policy in consonance with the objective of achieving the medium-term inflation target of 4% within a band of +/- 2%, while supporting growth.

Repo rate is the rate at which RBI lends to its clients generally against government securities. Reduction in Repo rate helps the commercial banks to get money at a cheaper rate and increase in Repo rate discourages the commercial banks to get money as the rate increases and becomes expensive. It was reduced by 25 basis points to 6%. The rate cut comes after a slump in food prices in consumer inflation to a record low of 1.54%.

Reverse Repo rate is the rate at which RBI borrows money from the commercial banks. It was reduced by 25 bps to 5.75%.

Cash Reserve Ratio is a certain percentage of bank deposits which banks are required to keep with RBI in the form of reserves or balances. the CRR is 4.00 percent ,it was unchanged at 4%. The RBI uses the CRR to drain out excessive money from the system.

Every financial institution has to maintain a certain quantity of liquid assets with themselves at any point of time of their total time and demand liabilities. These assets have to be kept in non cash form such as G-secs precious metals, approved securities like bonds etc.

This will be reduced to 20% with effect from 24th June 2017 in line with the changes in RBI Credit Policy, means it was unhanged 20%

Monetary policy is the process by which monetary authority of a country , generally central bank controls the supply of money in the economy by its control over interest rates in order to maintain price stability and achieve high economic growth. In India, the central monetary authority is the Reserve Bank of India (RBI). It is so designed as to maintain the price stability in the economy.

Posted by PCI Education at 03:07 No comments:

India is allowed to construct hydroelectric power facilities on tributaries of the Jhelum and Chenab rivers with certain restrictions under the 1960 Indus Waters Treaty (IWT), the World Bank has comment.

"Among other uses, India is permitted to construct hydroelectric power facilities on these rivers subject to constraints specified in annexures to the treaty," the Bank said in its fact sheet

India had asked for the appointment of a neutral expert to look into the issues, contending the concerns Pakistan raised were "technical" ones.

The IWT was signed in 1960 after nine years of negotiations between India and Pakistan with the help of the World Bank, which is also a signatory.

The talks between the two nations over the treaty come amid tensions between them after a number of terror attacks in India by Pakistan-based terror groups. 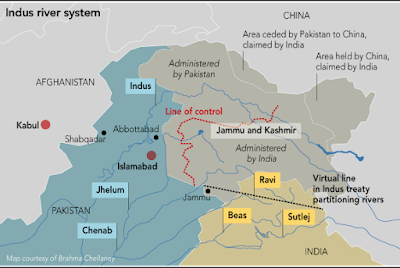 The Indus Waters Treaty or सिंधु जल - संधि  is a water-distribution treaty between India and Pakistan, brokered by the World Bank (then the International Bank for Reconstruction and Development).
The treaty was signed in Karachi on September 19, 1960 by Prime Minister of India Jawaharlal Nehru and President of Pakistan Ayub Khan.
According to this agreement, control over the three "eastern" rivers — the Beas, the Ravi and the Sutlej — was given to India, while control over the three "western" rivers — the Indus, the Chenab and the Jhelum — to Pakistan.
More controversial, however, were the provisions on how the waters were to be shared. Since Pakistan's rivers flow through India first, the treaty allowed India to use them for irrigation, transport and power generation, while laying down precise regulations for Indian building projects along the way. The treaty was a result of Pakistani fear that, since the source rivers of the Indus basin were in India, it could potentially create droughts and famines in Pakistan, especially at times of war.

Posted by PCI Education at 01:18 No comments: 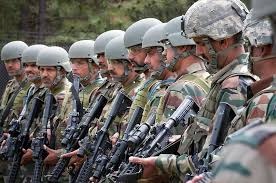 The mobile app has been developed in-house by the Army and will be launched in the second week of August for prompt communication of information to junior commissioner officers and other personnels.

For security reasons, the installation of the application has been linked to verification of Aadhaar details.

The Aadhaar details will be verified with the Army database over (National Information Centre) NIC cloud and he will get a one-time-password on his registered mobile number.

Hence, to enable usage of this mobile application, the latest mobile number of individuals should be linked to his Aadhaar number, the official added.

Posted by PCI Education at 00:45 No comments: 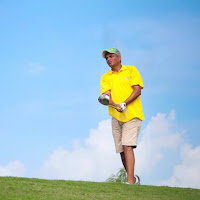