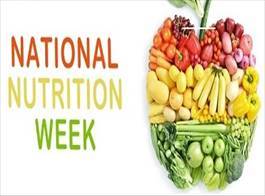 The basic objective of this annual event is to intensify awareness generation on the importance of nutrition for health which has an impact on development, productivity, economic growth and ultimately National development.
Posted by PCI Education at 03:09 No comments: 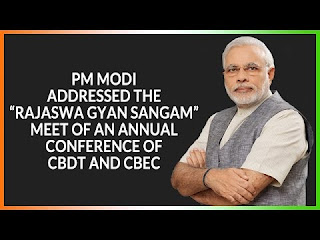 The Prime Minister, Shri Narendra Modi, on 2nd september inaugurated the Rajasva Gyan Sangam at New Delhi, and addressed the tax administrators of both the Union and State Governments.

The objective Rajaswa Gyan Sangam 2017 was to enable two-way communication between policy-makers and senior officers in field offices with view to to increase revenue collection and facilitate effective implementation of law and policies in key result areas.
Posted by PCI Education at 03:04 No comments: 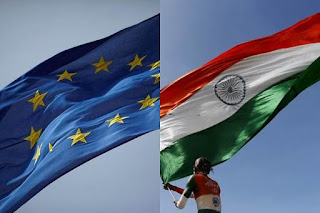 India and the European Free Trade Association (EFTA) will meet this month in an attempt to conclude their long pending negotiations, together with the EFTA countries (Switzerland, Norway, Iceland, Liechtenstein), go ahead with the FTA

So far, 16 rounds of negotiations have taken place, talks for which started in 2008. The two sides resumed talks on the agreement here in January after a gap of three years
The proposed agreement covers trade in goods and services, investments, trade facilitation, customs cooperation, IRPR protection and public procurement.

EFTA was founded in 1960.The European Free Trade Association (EFTA) is an intergovernmental organisation set up for the promotion of free trade and economic integration to the benefit of its four Member States.

The Association is responsible for the management of:

·         The EFTA Convention, which forms the legal basis of the organisation and governs free trade relations between the EFTA States;

·         EFTA’s worldwide network of free trade and partnership agreements; and

·         The European Economic Area (EEA) Agreement, which enables three of the four EFTA Member States (Iceland, Liechtenstein and Norway) to participate in the EU’s Internal Market.

Posted by PCI Education at 02:41 No comments: 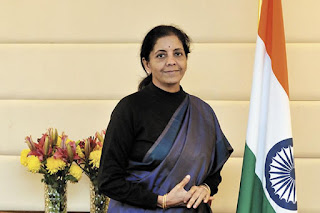 Nirmala Sitharaman as India's first full-time woman defence minister, delivering the biggest surprise in a Cabinet recast that saw nine new ministers being sworn in, elevating the next generation of BJP leaders to key berths and inducting in-house technocrats with an eye on the 2019 polls.

With external affairs minister Sushma Swaraj, Sitharaman will be the second woman member of the Cabinet Committee on Security, an elite ministerial group that deliberates on major strategic issues.

While Indira Gandhi held charge as defence minister as PM, Sitharaman is the first full-time woman occupant of the South Block perch, breaching an enduring glass ceiling as she assumes responsibility of a male-dominated military where demands for allowing women in combat roles are gaining traction.


Nirmala Sitharaman was born in Madurai , Tamil Nadu, India to Shri Narayanan Sitaraman and Savitri. She obtained a B.A. degree from Seethalakshmi Ramaswamy College, Tiruchirappalli and an MA degree in economics from Jawaharlal Nehru University in 1980 and MPhil.
Posted by PCI Education at 01:13 No comments: 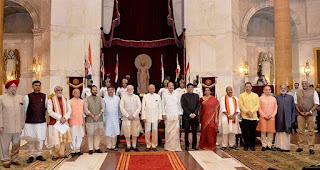 Alphons Kannanthanam: MoS (Independent Charge) of the Ministry of Tourism; and MoS in Ministry of Electronics and Information Technology.

Anantkumar Hegde: MoS in Ministry of Skill Development and Entrepreneurship Besides, four ministers were elevated to the cabinet rank. They are - Piyush Goyal, Nirmala Sitharaman, Dharmendra Pradhan, Mukhtar.

Abbas Naqvi - were elevated to cabinet level.
Arun Jaitley will keep Finance,
Piyush Goyal has been assigned Railways.
Nirmala Sitharaman has been given Defence.

Posted by PCI Education at 00:56 No comments:

Email ThisBlogThis!Share to TwitterShare to FacebookShare to Pinterest
TRAPPIST-1 planets likely to have water 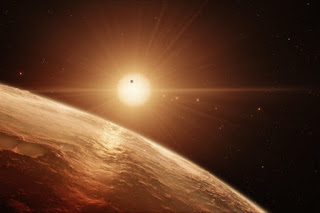 The Earth-sized planets orbiting the ultracool TRAPPIST-1 dwarf star 40 light-years away may have substantial amounts of water and could be habitable.

An international team of astronomers used the NASA/ESA Hubble Space Telescope to estimate whether there might be water on the seven planets orbiting in the nearby TRAPPIST-1 planetary. The results suggest that the outer planets of the system might still harbour substantial amounts of water.
Posted by PCI Education at 00:32 No comments: 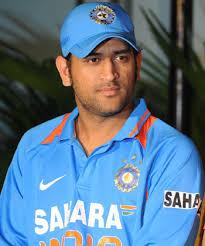 Posted by PCI Education at 00:19 No comments:

Five banks of the BRICS Bank Cooperation Mechanism have agreed to establish credit lines in the national currencies and cooperate on credit ratings.

The agreement was signed ahead of the BRICS (Brazil, Russia, India, China and South Africa) summit in China’s Xiamen city.

Ahead of the BRICS summit, the New Development Bank (NDB) of the BRICS countries has approved USD 1.4 billion loans for sustainable development projects in China, India and Russia.

The Board of Directors of the bank have approved four infrastructure and sustainable development projects in the three countries.

Posted by PCI Education at 00:15 No comments: