Zero Hunger Programme will be launch on October 16 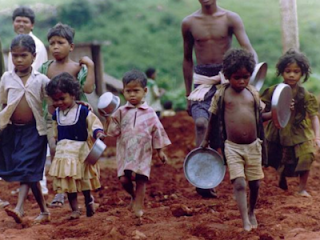 Three districts - Gorakhpur in Uttar Pradesh, Koraput in Odisha and Thane in Maharashtra - will initiate India's ambitious 'Zero Hunger' programme through interventions in farm sector on October 16 (World Food Day). Though many more districts will eventually be covered under this dedicated farm-based programme in sync with India's Sustainable Development Goals (SDGs) to end hunger by 2030, these three would act as a model of an integrated approach to deal with hunger and malnutrition by adopting suitable agricultural\horticultural practices.

The programme will ensure suitable methods of measuring the impact of intervention. There will be intensive training programme in order to identify the nutritional maladies in each district and the appropriate agricultural/horticultural and animal husbandry remedies.


The Programme will be initiated by the&nbsp Indian Council of Agricultural Research(ICAR) in association with the Indian Council of Medical Research (ICMR), the M S Swaminathan Research Foundation and the Biotechnology Industry Research Assistance Council (BIRAC).;
Posted by PCI Education at 23:58 No comments:

The law ministry has given its concurrence to a draft bill that will give powers to the government to confiscate property of economic offenders and defaulters who flee India, albeit with a new provision .

Law Ministry proposed a "Saving Clause" to be incorporated in the Fugitive Economic Offenders Bill 2017 before its presentation in the Lok Sabha.
The saving clause provides for certain exception(s) in a statute.
It enables the repealed law to be in force with respect to some existing rights.

Posted by PCI Education at 00:16 No comments: