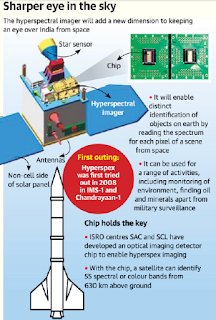 A new set of future satellites called hyperspectral imaging satellites is set to add teeth to the way India is gleaned from about 600 km in space. The HySIS satellite has critical chip called an “optical imaging detector array’” indigenously developed by ISRO. Its launch will allow ISRO to enter
The Indian Space Research Organisation (ISRO) says it plans to launch a full-fledged niche Earth observation (EO) satellite — called the Hyperspectral Imaging Satellite or HySIS — using a critical chip it has developed.
ISRO is endeavouring to enter the domain of operational hyperspectral imaging from earth orbit" with a satellite that can see in 55 spectral or colour bands from 630 km above ground


ISRO for first time had tried out hyspex imaging technology in an 83-kg IMS-1 experimental satellite in May 2008.
The same year, it also had mounted hyperspectral camera on Chandrayaan-1 and used to map lunar mineral resources. Globally so far, very few space agencies have such a satellite.

Posted by PCI Education at 04:25 No comments: 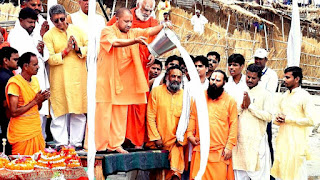 The UP Government has launched a new awareness drive called Namami Gange Jagriti Yatra. The drive will be focusing on cleanliness along the banks of Ganga river and maintain hygiene. The campaign was flagged off in the state capital Lucknow by CM Adityanath in hopes of making the river and the banks much more cleaner in the future. 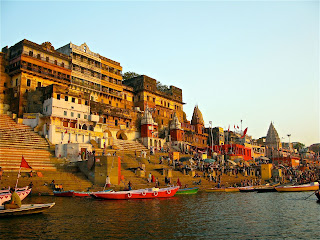 Posted by PCI Education at 04:10 No comments: 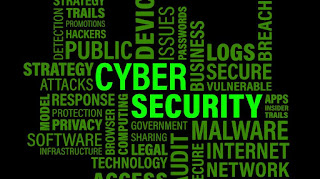 The Union Ministry of Electronics and Information Technology (MEITY) has announced that The first phase of National Cyber Coordination Centre, set up to scan the country’s web traffic to detect cyber security threats, has been made operational.

The government has also made operational botnet and malware cleaning centre that will detect malicious software in devices of citizens and clean them.

The Government has proposed to set up National Cyber Coordination Centre (NCCC). Phase-I of NCCC has been made operational.

The Centre will scan the cyberspace in the country for cyber security threats at metadata level to generate situational awareness.

NCCC, a multi-stakeholder body, will be implemented by Indian Computer Emergency Response Team (CERT-In) at Ministry of Electronics and Information Technology.

The Centre derives necessary powers as per provisions of section 69B of the Information Technology Act, 2000 and the Rules notified thereunder.

Posted by PCI Education at 04:00 No comments:

NGT bans use of non-biodegradable plastic bags in Delhi 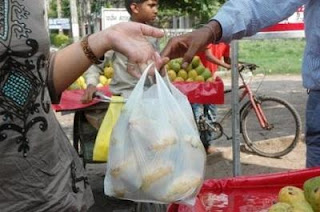 The National Green Tribunal (NGT) imposed an interim ban on use of non-biodegradable plastic bags which are less than 50 microns in the entire national capital.

A bench headed by NGT chairperson Justice Swatanter Kumar also announced an environment compensation of Rs5,000 on anyone found in possession of such banned plastic.

The NGT had prohibited the use of disposable plastic in the entire city, especially at hotels, restaurants and for public and private functions, while asking the Delhi government to take appropriate steps against “storage, sale and use” of such material from 1 January this year.
It had also said that an environment compensation of Rs10,000 would be imposed on vegetable vendors and slaughter houses for throwing garbage in public places.

Posted by PCI Education at 03:45 No comments:

Information about Parliament of India

The Parliament of India( Sansad Bhavan) is the supreme legislative body of the Republic of India. The Sansad Bhavan (Parliament House) is located in New Delhi.
The Parliament is composed of the President of India and the houses. It is bicameral with two houses: the Rajya Sabha (Council of States) and the Lok Sabha (House of the People). The President in his role as head of legislature has full powers to summon and prorogue either house of Parliament or to dissolve Lok Sabha. The president can exercise these powers only upon the advice of the Prime Minister and his Union Council of Ministers.
Those elected or nominated (by the President) to either house of Parliament are referred to as members of parliament (MP).
The Members of Parliament, Lok Sabha are directly elected by the Indian public voting in Single-member districtsand the Members of Parliament, Rajya Sabha are elected by the members of all of the State Legislative Assembly by proportional representation.
It was designed by Edwin Lutyens and Herbert Baker, who were responsible for planning and construction of New Delhi by British government. The construction of buildings took six years and the opening ceremony was performed on 18 January 1927 by the then Viceroy and Governor-General of India, Irwin.

The President of India, the Head of state is a component of Parliament. Under Article 60 and Article 111, President's responsibility is to scrutinise that bills/laws passed by the parliament are in accordance with constitutional mandate and stipulated procedure is followed before according his/her approval to the bills. The President of India is elected by the members of Parliament of India and the state legislatures and serves for a term of five years.

Lok Sabha (House of the People) or the lower house has 545 members. 543 members are directly elected by citizens of India on the basis of universal adult franchise representing Parliamentary constituencies across the country and 2 members are appointed by the President of India from Anglo-Indian Community. Every citizen of India who is over 18 years of age, irrespective of gender, caste, religion or race, who is otherwise not disqualified, is eligible to vote for the Lok Sabha.The Constitution provides that the maximum strength of the House be 552 members. It has a term of five years. To be eligible for membership in the Lok Sabha, a person must be a citizen of India and must be 25 years of age or older, mentally sound, should not be bankrupt and should not be criminally convicted. The total elective membership is distributed among the States in such a way that the ratio between the number of seats allotted to each State and the population of the State is, so far as practicable, the same for all States.

Rajya Sabha (Council of States) or the upper house is a permanent body not subject to dissolution. One third of the members retire every second year, and are replaced by newly elected members. Each member is elected for a term of six years. Its members are indirectly elected by members of legislative bodies of the states. The Rajya Sabha can have a maximum of 250 members. It currently has a sanctioned strength of 245 members, of which 233 are elected from States and Union Territories and 12 are nominated by the President. The number of members from a state depends on its population. The minimum age for a person to become a member of Rajya Sabha is 30 years.

Posted by PCI Education at 03:09 No comments:

The Rajya Sabha passed the Banking Regulation (Amendment) Bill, 2017, which will enable the government to empower the RBI to direct lender banks to act against big loan defaulters.
The bill, which amends the Banking Regulation Act, 1949, will replace the Banking Regulation (Amendment) Ordinance, 2017.
The Lok Sabha had passed the bill earlier.
Introducing the bill in the Rajya Sabha, Union finance minister Arun Jaitley said the delay in the legislation to empower the Reserve Bank of India (RBI) to direct lenders to act against big defaulters was hindering the banks’ capacity to support growth.
Once it becomes a law, the central government may authorise the RBI to issue directions to the banks to initiate proceedings in case of loan repayment default. These proceedings would be under the Insolvency and Bankruptcy Code, 2016.
Posted by PCI Education at 02:49 No comments:

The government today said the merger of the five associate banks with the SBI will lead to increased capital base and availability of loan, as the Lok Sabha passed the bill approving the amalgamation.

The Lok Sabha passed the bill to repeal the SBI (Subsidiary Banks) Act 1959, State Bank of Hyderabad Act 1956 and to further amend the State Bank of India Act, 1955, following the merger of five associates with the parent SBI.
This merger, the SBI has come in the list of top 50 banks globally and is ranked at the 45th position.
The merger will bring about increased capital base and increased ability to give loans. Also, small banks will get access to products like mutual funds.
According to the statement of object and reasons of the State Banks (Repeal and Amendment) Bill 2017, after the acquisition of the subsidiary banks by SBI, the subsidiary banks have ceased to exist and, therefore, it is necessary to repeal the State Bank of India (Subsidiary Banks) Act, 1959 and the State Bank of Hyderabad Act, 1956.

Email ThisBlogThis!Share to TwitterShare to FacebookShare to Pinterest
Venkaiah Naidu sworn-in as the Vice-President of India 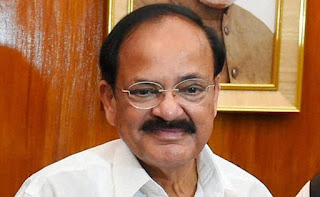 Muppavarapu Venkaiah Naidu, (born 1 July 1949) is the 15th and current Vice-President of India. While he is the 15th Vice President, he is the 13th person to hold the constitutional post. His predecessor Hamid Ansari and the first Vice President S Radhakrishnan had held the post for two consecutive terms.He served as the Minister of Housing and Urban Poverty Alleviation, Urban Development and Information and Broadcasting in the Modi Cabinet. A prominent leader of the Bharatiya Janata Party, he also served as its national president from 2002 to 2004. Earlier, he was the Union Cabinet Minister for Rural Development in the Atal Bihari Vajpayee government.
Posted by PCI Education at 02:28 No comments:

Email ThisBlogThis!Share to TwitterShare to FacebookShare to Pinterest
NCERT Launches Web Portal For Supply Of Textbooks

Upendra Kushwaha, Minister of State, Ministry of Human Resource Development has launched the NCERT's Web portal for supply of textbooks to schools and individuals in New Delhi.
The portal will ensure better distribution of textbooks across the country and will also address the apprehensions, on the part of schools and parents, regarding unavailability of National Council Of Educational Research And Training (NCERT) textbooks, said a statement from the ministry.   The Web Portal can be accessed at www.ncertbooks.ncert.gov.in.
Posted by PCI Education at 01:09 No comments: 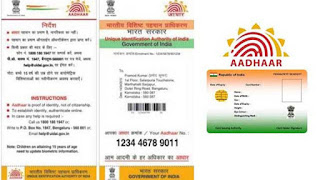 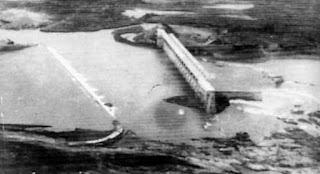 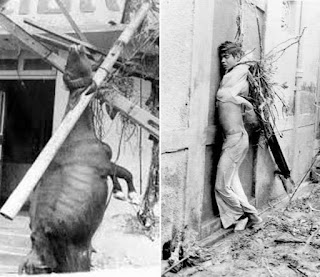 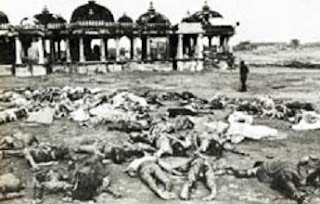 Posted by PCI Education at 00:27 No comments: