As a part of the 2nd Strategic Partnership Council Meeting, External Affairs Minister Sushma Swaraj and her Afghan counterpart Salahuddin Rabbani held talks on wide- ranging topics.  It was decided to implement 500 scholarships for graduate studies in India for the next-of-kin of martyrs of the Afghan National Defence and Security Forces from the Academic year 2018-19, and expand the medical assistance for Afghan National Army personnel.

The India-Afghanistan Partnership Council was established according to the Strategic Partnership Agreement signed between both countries in 2011. The council is supposed to meet annually. The first meeting was held in May 2012. Later it was delayed due to elections in India and Afghanistan, as well as other reasons.
Posted by PCI Education at 02:49 No comments:

The web-based 'FoSCoRIS' system will help verify compliance of food safety and hygiene standards by food businesses as per the government norms. The new system will bring together all key stakeholders — food businesses, food safety officers (FSOs), designated officers, state food safety commissioners — on a nation-wide IT platform and data related to inspection, sampling and test result data will be shared seamlessly by all the officials.

The system will help to verify compliance with food safety and hygiene standards by food businesses as per the government norms.

FSSAI is a nodal statutory agency responsible for protecting and promoting public health in India through regulation and supervision of food safety.
Posted by PCI Education at 02:19 No comments: 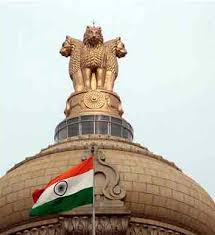 Six Cabinet committees were reconstituted on September 11 and all except the Appointments Committee of Cabinet (ACC) have seen changes after the September 3 ministry reshuffle. The major changes are inclusion of Goyal and Sitharaman in the CCPA which decides on all major political matters.

The six Committees of the Cabinet are:

·         Cabinet Committee on Accommodation (CCA): It is responsible for the allotment of accommodation for various top positions in the Government of India.

·         Cabinet Committee on Economic Affairs (CCEA): It deals with the activities pertaining to the economics of the country.

·         Cabinet Committee on Parliamentary Affairs (CCPA): It looks into the matters related to the progress of government business in the Parliament of India.

·         Cabinet Committee on Political Affairs (CCPA): It is responsible for all issues related to domestic and foreign affairs. It is most powerful cabinet committee and is described as Super Cabinet.


·         Cabinet Committee on Security (CCS): It is one of the most important committees in India, it looks into the matters of defece expenditures and National Security.

Posted by PCI Education at 02:02 No comments: