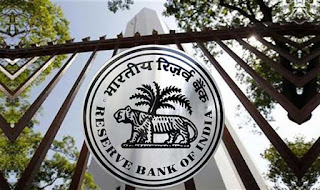 Repo rate - the rate at the which the central bank lends short-term money to banks - stays unchanged at 6.25 per cent. CRR or Cash Reserve Ratio - which is a portion of deposits that banks must mandatory keep with the RBI—also stays unchanged at 4 per cent.

According to the central bank, the implementation of GST is not expected to have material impact on overall inflation. It has observed that the 7th Pay Commission allowances, geo political, financial risk pose upside risk to inflation. RBI has reduced the growth projection for the current fiscal to 7.3% from 7.4%.

The monetary policy decision has been taken by the six-member monetary policy committee (MPC). The RBI has also revised its target for gross value added (GVA)
Posted by PCI Education at 03:32 No comments:

Email ThisBlogThis!Share to TwitterShare to FacebookShare to Pinterest
WHO revises Protocol for Antibiotics…
In an effort to curb antibiotic resistance, the World Health Organization (WHO) has divided the drugs into three categories — access, watch and reserve — specifying which are to be used for common ailments and which are to be kept for complicated diseases. 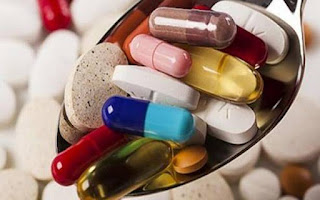 Commonly used antibiotics will be under the ‘access’ category; the second line of antibiotics, slightly more potent, have been categorised under “watch” and potent drugs to be used only as a “last resort” fall under the ‘reserve’ category.

·     The WHO has now recommended that antibiotics in the ‘access’ group be available at all times as treatment for a wide range of common infections. This includes amoxicillin, a widely-used antibiotic to treat infections such as pneumonia.

·      The ‘watch’ group covers antibiotics that are recommended as first or second choice treatment for a small number of infections.

Ciprofloxacin, used to treat cystitis (a type of urinary tract infection) and upper respiratory tract infections (like bacterial sinusitis and bacterial bronchitis), falls under this category. The WHO has recommended that prescription of these drugs should be dramatically reduced to avoid further development of resistance.

·  The third group, ‘reserve’, includes antibiotics such as colistin and some cephalosporins that should be considered last-resort options, and used only in the most severe circumstances when all other alternatives have failed, such as for life-threatening infections due to multidrug-resistant bacteria.

Posted by PCI Education at 03:23 No comments: 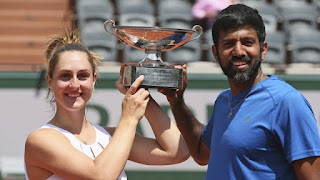 Bopanna and Dabrowski defeated unseeded pair of Groenefeld and Farah 2-6, 6-2, 12-10 in a thrilling final
Bopanna scripted history as he became only the fourth Indian to win a Grand Slam trophy
This was only the second time in his career that Bopanna had reached the summit clash of a Grand Slam tournament
French Open is also known as Roland Garros. It is a premier clay court tennis championship event held between late May and early June for a duration of two weeks at the Stade Roland-Garros in Paris.


The event is the second of out of four annual Grand Slam tournaments. The other three events are Australian Open, Wimbledon and the US Open. The event has been named after the French aviator Roland Garros.
Posted by PCI Education at 03:10 No comments:

Email ThisBlogThis!Share to TwitterShare to FacebookShare to Pinterest
Senior bureaucrat Hoshiar Singh has been appointed as Registrar of Copyrights… 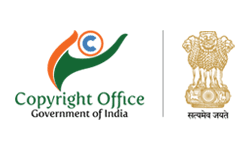 The Office of Copyrights, under the Department of Industrial Policy and Promotion, is mandated to protect the music and film industry besides addressing its concerns, among others.
The competent authority has approved the appointment of Singh, a 1994 batch officer of the Indian Telecom Service, as Registrar, Copyrights Office, for a period of five years, an order issued recently by the Department of Personnel and Training (DoPT) said.


The Copyright Office is under the immediate control of a Registrar of Copyrights, who acts under the superintendence and directions of the Central Government, according to norms.
Posted by PCI Education at 03:02 No comments:

India is one of top 5 consumer markets in Asia: BMI Research…

According to the latest report of BMI Research, India features in the top 5 consumer markets in Asia.

India is among the top five consumer markets in Asia offering retailers consumer spending growth of an average of 6.1 per cent over the next five years, according to a BMI Research report.

The top 5 consumer markets in Asia are :-


According to BMI Research, a Fitch group company, these countries offer retailer the strongest consumer spending growth over its forecast period to 2021.
Posted by PCI Education at 02:54 No comments: 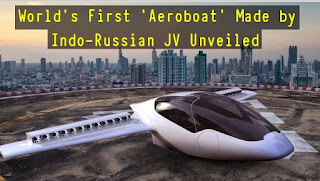 The world's first hybrid "aeroboat" capable of travelling on land, water, snow and sand has been built by an Indo-Russian joint venture. The aeroboat was unveiled in Moscow on Tuesday at a start-ups event organised by Russia's state-run Skolkovo Foundation. 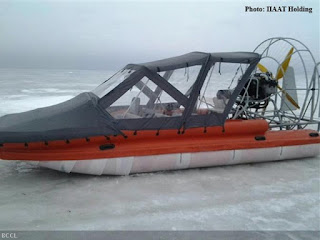 It has been designed by IIAAT Holding, a joint venture between the International Institute for Advanced Aerospace Technologies and Indian firm Millennium Aerodynamics.

Posted by PCI Education at 02:46 No comments: 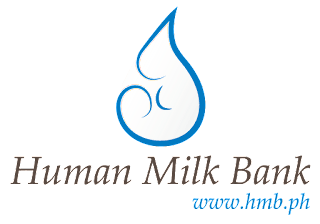 A national human milk bank was inaugurated at Lady Hardinge Medical College (LHMC) in New Delhi on 7th june to provide breast milk to newborns who cannot be nursed by their own mothers. The human milk bank and lactation counselling centre, 'Vatsalya - Maatri Amrit Kosh', will collect, pasteurise, test and store milk donated by lactating mothers and make it available for infants in need.
Posted by PCI Education at 02:39 No comments: 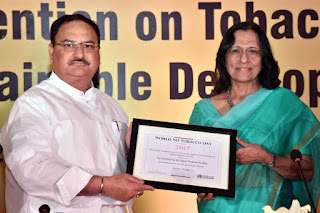 Shri J P Nadda, Union Minister of Health and Family Welfare was conferred the WHO Director-General’s Special Recognition Award for global tobacco control, here today. The global recognition was presented to him by Dr Poonam Khetrapal Singh, Regional Director, WHO South-East Asia at the ‘National Consultation on Accelerating Implementation of WHO Framework Convention on Tobacco Control (FCTC) for achievement of SDGs’. Shri Faggan Singh Kulaste and Smt Anupriya Patel, Ministers of State for Health & Family Welfare, were also present at the occasion.
Posted by PCI Education at 01:34 No comments: 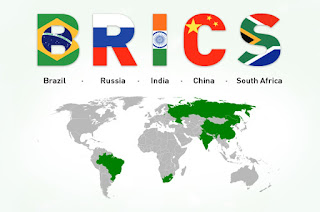 The Brazil-Russia-India-China-South Africa (BRICS) grouping has signaled its intent to expand its footprint in the global media space, with the injection of a one million dollars fund. 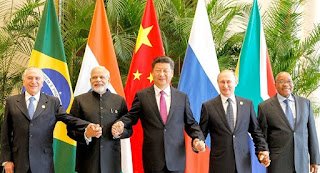 From June 16, Petrol, Diesel Prices Will Be Revised Daily… 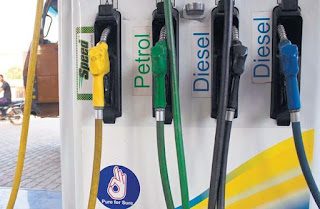 State-run fuel retailers will revise petrol and diesel prices daily from June 16, Indian Oil said. Daily revision of petrol and diesel prices has already been implemented on a pilot basis in five cities - Udaipur, Jamshedpur, Visakhapatnam, Chandigarh, and Puducherry - from May 1. "After its successful implementation, public sector oil companies have now decided to start daily revision in retail selling prices of petrol and diesel in the entire country with effect from 16th June, 2017," Indian Oil said.
The prices are expected to change every day at midnight, following directives by the Petroleum Ministry, news agencies said, citing sources.

The three oil retailers will take steps "to establish an appropriate mechanism for conveying the prices to consumers every day, including daily publishing of the prices in newspaper on a daily basis, prominent displays of prices at the retail outlets, sending of price-related data/SMS from the centralized locations, mobile apps etc," Indian Oil said.

Posted by PCI Education at 01:15 No comments:

Email ThisBlogThis!Share to TwitterShare to FacebookShare to Pinterest
Scientist have discovered 'hottest’ planet in universe… 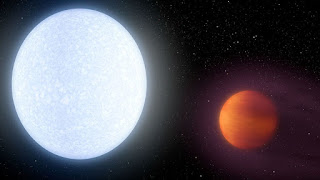 Scientists have discovered the hottest known planet located 650 light years from Earth, which is warmer than most stars in the universe and sports a giant, glowing gas tail like a comet.

The Jupiter-like planet orbits a massive star KELT-9 every day and a half, researchers said.

Designated KELT-9b, is hotter than most stars and only 926 degree Celsius cooler than our Sun.
Posted by PCI Education at 00:54 No comments: 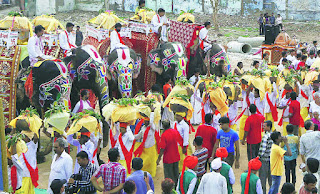 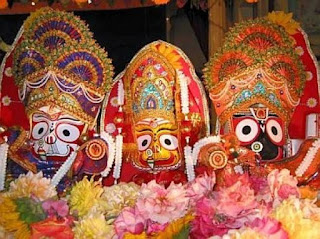 Posted by PCI Education at 00:40 No comments: 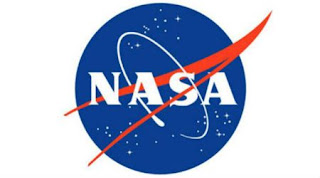 In the list of 12 new astronauts NASA has chosen from a record number of over 18,000 applicants, the name Raja Chari stands out as the only Indian American. What's even more interesting to note is that the 39-year-old Indian-American Lieutenant Colonel with the US Air Force has a Hyderabad connection.

Raja's father Srinivas Chari was an engineer who immigrated to the US after his completing his engineering from Osmania University in Hyderabad. 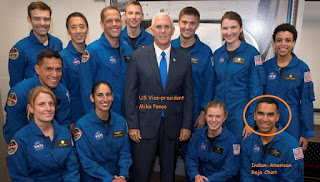 Chari has been selected by the NASA to join the 2017 Astronaut Candidate Class. The seven men and five women comprise the 22nd class of American spaceflight trainees since 1959. The group, the largest in almost two decades selected by NASA, will report for two-year training in August, the space agency announced.

Posted by PCI Education at 00:24 No comments: