These ocean services are aimed towards safety at the sea. The system would offer oil spill advisory services, high wave alerts, port warnings, forecast along the ship routes in addition to tsunami and storm surge warnings and help in search and rescue operations.

INCOIS is already providing these operational services to Maldives, Sri Lanka and Seychelles.

Posted by PCI Education at 04:04 No comments: 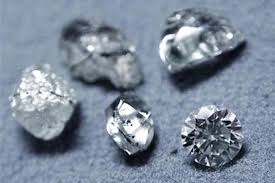 India is a global diamond polishing hub where 14 out of every 15 rough diamonds in the world are polished. The futures contracts will enable companies involving in cut and polished gems business to better hedge price risks.

Successfully launched diamond futures trading . The contracts are initially launched in size of 1 carat with compulsory delivery. This will create an entirely new market for the diamond players where sellers can deliver their certified diamonds to different buyers

The exchange will offer a fair, transparent and nationwide market, bringing in large market participation into diamond trade. It will result in efficient price discovery and provide an effective hedging platform for all stakeholders

The new exchange will be able to make a meaningful contribution towards further development of commodity markets, Gems & Jewellery Export

ICEX is powered by technology from MillenniumIT (MIT), part of the London Stock Exchange Group while International Institute of Diamond Grading & Research, a part of the DeBeers Group, certifies diamonds for the exchange delivery.

MALCA, the world's largest courier of diamonds, is the depository and transporter through its Indian arm Malca Amit.
Posted by PCI Education at 03:57 No comments: 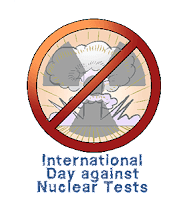 The United Nations’ (UN) International Day against Nuclear Tests brings public awareness and education about the effects of global nuclear weapon tests. The day aims to end nuclear testing and to promote peace and security.

The International Day against Nuclear Tests aims to raise people’s awareness on the need to prevent nuclear catastrophes to avert devastating effects on humankind, the environment and the planet.

The history of nuclear testing began on July 16, 1945, when an atomic bomb was used at a desert test site in Alamogordo, New Mexico, in the United States. More than 2000 nuclear tests were carried out worldwide between 1945 and 1996. Nuclear weapons tests are generally broken into different categories reflecting the test’s medium or location:

The International Day against Nuclear Tests was declared to be annually held on August 29, which marks the closing of one of the world’s largest nuclear test sites (in Kazakhstan) in 1991. The day is devoted to enhancing public awareness and education about the effects of nuclear weapon test explosions or any other nuclear explosions. It also promotes the need for a nuclear weapon-free world. The day’s first official observance was marked for August 29, 2010.

Posted by PCI Education at 03:43 No comments:

His birthday is celebrated as National Sports Day in India.

It would provide “essential direction and support to youngsters to pursue their sporting aspirations...”, Modi said, adding, “Sports is about physical fitness, mental alertness and personality enhancement.”
Posted by PCI Education at 03:26 No comments:

Email ThisBlogThis!Share to TwitterShare to FacebookShare to Pinterest
Special training programme on oceanography for students 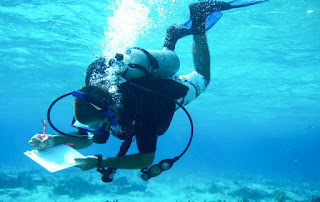 The Union Ministry of Earth Sciences (MoES) is preparing to launch a Deep Ocean Mission by January 2018, to spur research activities in ocean science and develop technology to harness ocean resources.

India has 7,500 km of coastline and 2.4 million square km of exclusive economic zone (EEZ). The oceans along Indian peninsula contain enormous opportunities in energy, food, medicine and a host of other natural resources.
The Ministry would soon launch a special training programme on oceanography free of cost for university students.

The rapid warming up of the Indian Ocean would add to the threat of heat waves and extreme rainfall events. The increasing ocean heat content in the Indian Ocean could have a bearing on the intensity of cyclones in the region as well as ocean acidification and marine biodiversity.

Posted by PCI Education at 02:53 No comments: 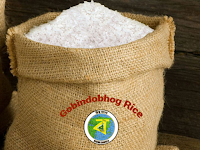 Gobindobhog rice,a speciality from Burdwan district of West Bengal, has got the geographical indication (GI) status. The state government had applied for GI status for Gobindobhog rice on August 24, 2015.

The region of Burdwan (now divided into the districts of east and west Burdwan) is known as the rice bowl of Bengal. As a result of getting the GI tag, as the certification is also called, rice from other regions or rice of other varieties cannot be branded as ‘Gobindobhog’. Hence, the marketability of the rice would be strengthened, for the local, national and international markets, government officials said.

The south Damodar belt has been the traditional area of Gobindobhog rice cultivation.

The rice has several advantages:

Posted by PCI Education at 02:36 No comments: 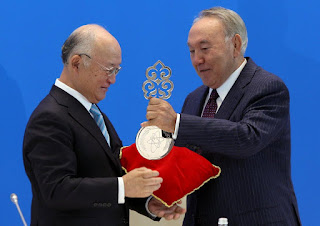 The LEU Bank will serve as a last-resort mechanism to provide confidence to countries that they will be able to obtain LEU for the manufacture of fuel for nuclear power plants in the event of an unforeseen, non-commercial disruption to their supplies,” IAEA Director General Yukiya Amano said.

The LEU Bank is based at the Ulba Metallurgical Plant (UMP) in Ust-Kamenogorsk, in the East Kazakhstan region. The facility will store nuclear fuel and sell it to IAEA members. The bank will store up to 90 tonnes of low-enriched uranium, sufficient to run a 1,000 MW light water reactor or give power to a large city for three years.

It’s the largest producer of uranium and are ready to play an important role in the world energy. Also, Kazakhstan is in the mainstream of a global green trend.

The IAEA plans to start buying uranium soon and to start shipping it to the bank in 2018.
The IAEA is the world’s central intergovernmental organisation, established for scientific and technical cooperation in the nuclear field. The IAEA seeks safe, secure and peaceful uses of nuclear technologies and science.
In 2009, Kazakhstan proposed to host the LEU bank in Kazakhstan under the IAEA. An agreement was signed with the IAEA on Aug. 27, 2015. Kazakhstan is a leading producer of uranium, boasting more than 15 percent of global uranium reserves.
Russia established its own LEU bank in 2010, but the LEU bank in Kazakhstan is the first to be fully owned and managed by the IAEA.

Posted by PCI Education at 02:27 No comments:

The Centre has approved a 100% strategic sale along with transfer of management control of Central Electronics Ltd (CEL). Incorporated in 1974, CEL is under the administrative control of Ministry of Science and Technology.

The Government of India (GoI) has ‘in-principle’ decided to disinvest its 100 per cent equity in Central Electronics Ltd through strategic sale with transfer of management control. The government plans to engage an advisor from a consulting firm, investment banker or a merchant banker or a financial institution, for providing advisory services and managing the disinvestment process. It is also looking to appoint a legal firm for advising on the strategic sale.
Posted by PCI Education at 01:56 No comments: 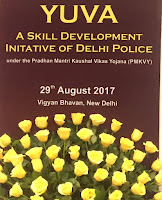 These kind of initiatives improve the image of the police among common man.It is a big task that Delhi Police has opened skill development training centres in the police stations.

The Police should engage with the youth who are prone to drug addiction and other crimes. He expressed happiness over the fact that efforts are being made that about 70-80% youth under this project get employment. It is the collective responsibility of the police and the society to bring the youth of the country on right path.Delhi Police has started this project with the same objective in mind.


A detailed exercise was conducted in all 13 districts of Delhi Police to select the youth in the age of 17-25 years for this training belonging to categories such as School dropouts, Juvenile offenders, Victims of crimes and families in dire state due to incarceration of the bread earner of the family, mostly from the underprivileged colonies.  So far, 2,269 candidates have been selected to be trained by 36 training partners in 45 skills in the next three months. A total of 32 police station buildings have been identified where Skill Development Centers would be opened at the earliest.  The youth coming for skill training in a police station building will be a huge step in building up their confidence and faith in police organization and will go a long way in building a positive image of police in the long run.
Posted by PCI Education at 00:50 No comments: 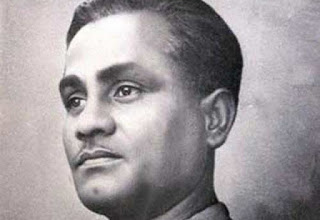